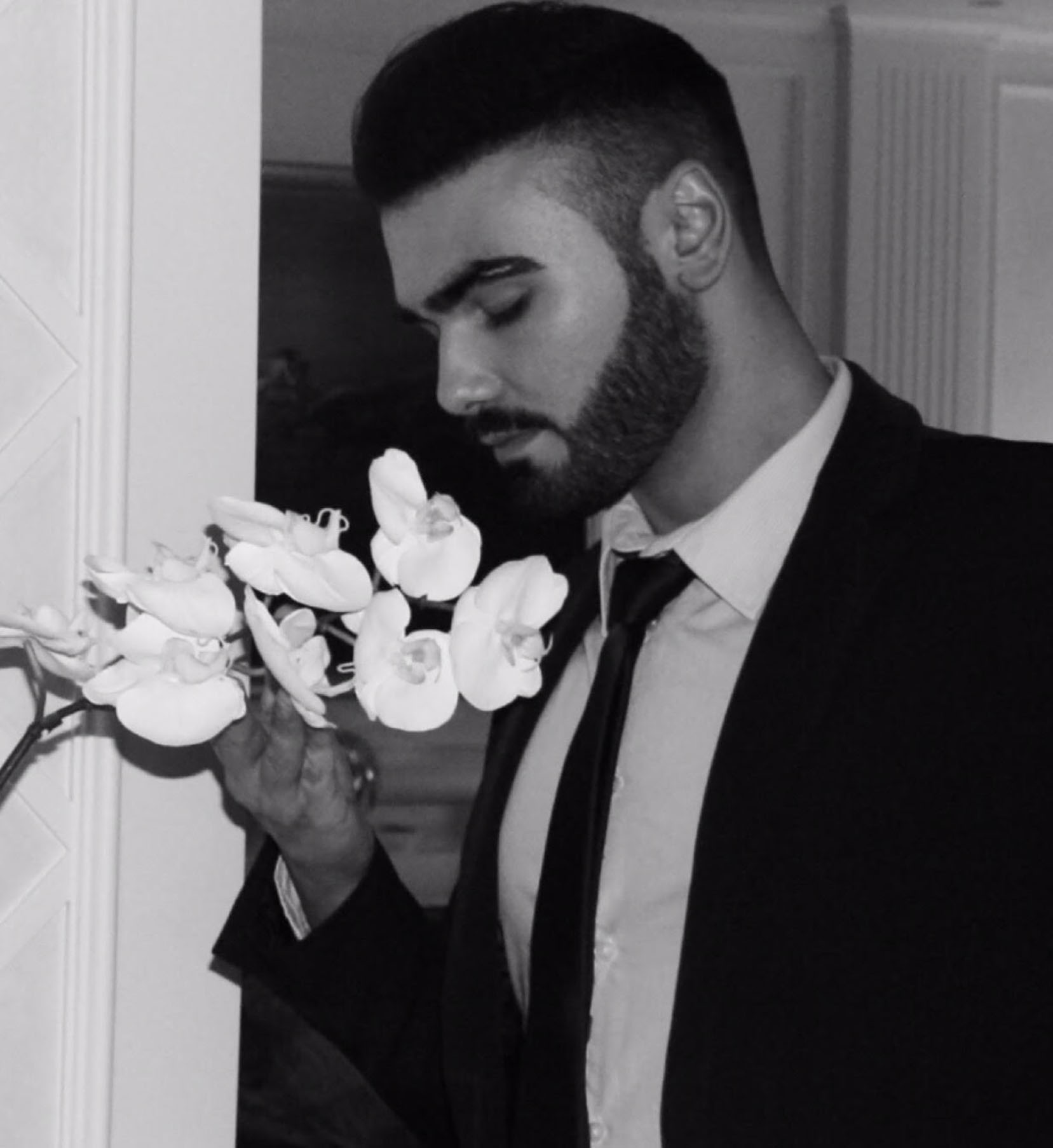 Theodoros Kalotinis was born and grew up in Heraklion, Crete. Everything started early. From his school years his daily habit was to collect herbs and flowers for his herbarium. His love for nature and smells was developed too soon since he grew up with his grandmother who was a native of Smirni.

At the weekends, their favourite pastime activity was held in his grandma’s stuffed with herbs and spice kitchen where little blindfolded Theo had to recognize the herbs and the spice that were brought under his nose; In that way, he practiced the sense of smell and his childhood game became his dowry and a skill for life.

During adolescence, he became a perfume collector. Some years later he wanted to create his personal perfume with substances from Greek Nature. So, he obtained essential oils and began testing. Day by day and throughout relentless hours of testing, he managed to produce his own personal patent for creating perfumes that combine unique essential oils of High Perfumery with alcohol distilled from natural grapes. After that, he travelled to the town of Grasse in France in order to learn the basic principles of perfumery and then studied cosmetology at the Greek University.

Today, the house of Theodoros Kalotinis Perfumer is known under the name of its creator and it is the first Greek house of artisan perfume that transformed nature into inspiration. The success of the house peaked in 2018 when Theodore Kalotinis created the personal perfumes for Prince of Wales, Charles and Duchess of Cornwall, Camilla. After discovering his talent, the growing reputation of the brand has been expanding gradually all over the world via social media and means of mass communication.

Until now he has supplied numerous Greek and International celebrities with his perfumes. It is the combination of classicism and high quality natural substances that captivates the heart and trust of the customers who love perfumes that are well-known for their distinctiveness and their authenticity.
Αποθηκεύουμε cookies στη συσκευή σας, εφόσον είναι απολύτως αναγκαία για τη λειτουργία αυτής της ιστοσελίδας.
Συμφωνώ Όροι Χρήσης & Πολιτική Απορρήτου (GDPR)
Privacy & Cookies Policy
Necessary Always Enabled